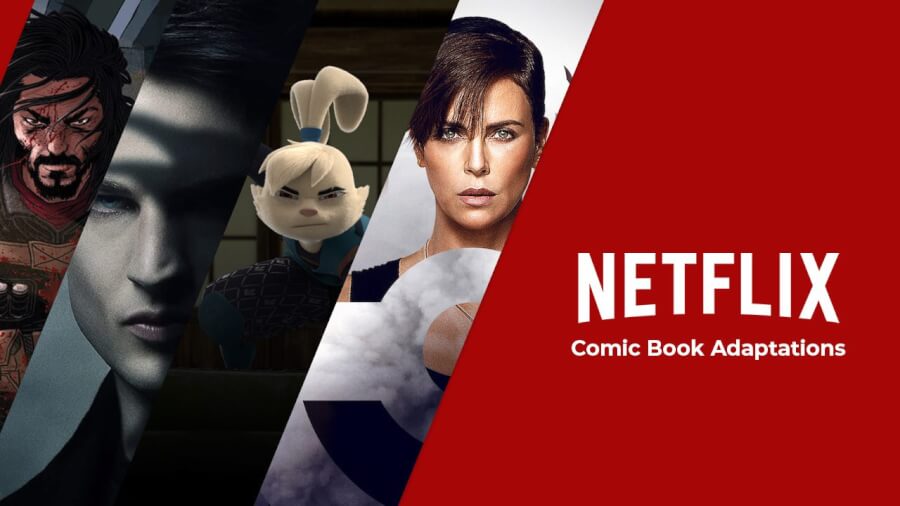 
Comic book movies and TV shows are some of the most popular titles in existence right now. Marvel and DC dominate the space but Netflix has plenty of their own superhero and comic book adaptations too. Here’s a look at every single one in development right now.

Through its own lineup and leaning on libraries from the likes of Boom!, Dark Horse and others, Netflix has a stunning lineup albeit its past performance is rocky to say the least.

Back in April 2020, Netflix signed a first-look deal with the comic book publisher Boom! Studios but they first started collaborating really starting in 2019.

To date, no projects have actually been released but plenty is on the way.

Here’s a brief look at the 6 announced Boom! Studios adaptations with a full preview of all six available here.

Netflix acquired Millarworld back in 2017 with the streamer now owning the rights to the majority of works published by Scottish comic writer, Mark Millar.

So far two Millarworld projects have been released on Netflix. That includes the canceled Jupiter’s Legacy that was released in the summer of 2021 and the anime series, Super Crooks.

We’ve got an expanded look at every Millarworld project coming up on Netflix but here’s a brief overview of every upcoming project that’s in development.

There are also a lot of announced Netflix projects but without much details on their development since their initial announcement. These titles include:

Back in May 2019, Dark Horse Entertainment signed a first-look agreement with Netflix.

So far, the two companies have collaborated with The Umbrella Academy (produced by Universal Television) and Polar.

You can see an expanded breakdown of Dark Horse Entertainment titles coming to Netflix here.

Here’s what’s next from Dark Horse Comics on Netflix:

It’s worth noting that Image Comics is also involved in many of the Millarworld projects too both on the publishing side and listed as production companies on the Netflix projects too.

DC Comics are a subsidiary of Warner Brothers and as such, much of their output is now primarily focused on the HBO Max platform.

With that said, there are a couple of DC titles that are coming to Netflix globally in the near future with plenty more still licensed to Netflix as well.

Have we missed any of the major comic book adaptations coming to Netflix? Let us know in the comments.

When will Season 17 of ‘Grey’s Anatomy’ be on Netflix?

Will Smith Netflix Movie ‘Fast & Loose’: What We Know So...